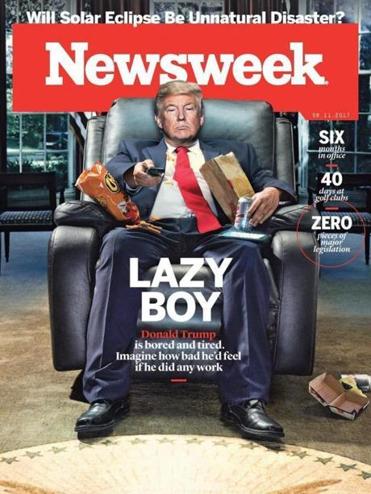 Popular Mexican literary magazine Letras Libres had the brilliant idea of placing text on Trump's mug to depict Hitler's famous toothbrush mustache, highlighting Trump's autocratic demeanor and the subsequent rise of fascism and white nationalism. The close-up on the president's face also makes it plain to see just how orange he really is, just look around the eyes and you tell me that's not a spray on tan!